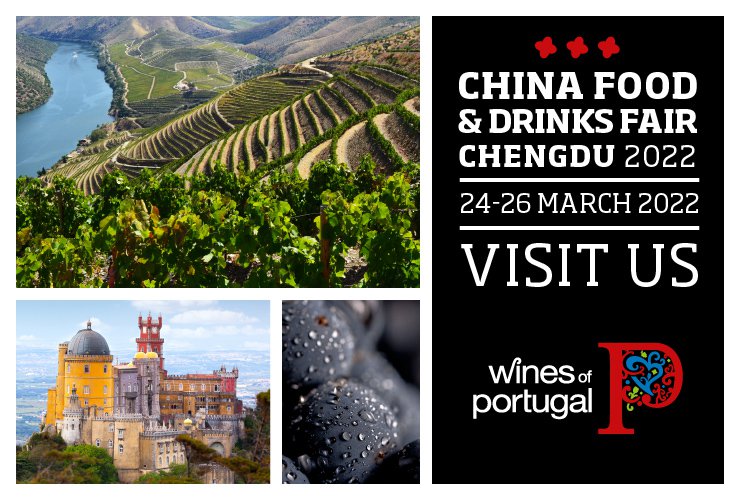 With the aim of identifying new business opportunities for Portuguese wine producers throughout Asia, Wines of Portugal will be present at the Food and Drinks Fair in Chengdu with 8 producers, from the 24 to the 26 March, 2022. The China Food and Drinks Fair – CFDF is a nationwide fair that has been held every six months since 1955. Supported by the Chengdu government, the China Food and Drink Fair is regarded as the barometer of China's food and beverage industry thanks to to its long history dating back to 1955, as well as its enormous scale and wide network.

Last spring, the fair, after being postponed from March to April, successfully managed to engage 5,000 exhibitors and over 200,000 trade visitors in the 200,000 square meter precinct of the West China International Expo City. According to figures released by the organizer, the main fair brought in business worth around RMB 22 billion (US$3.46 billion). In March, the 106th edition will be held at two locations in Chengdu. The beverage section will take place at the Century City International Exhibition Center.