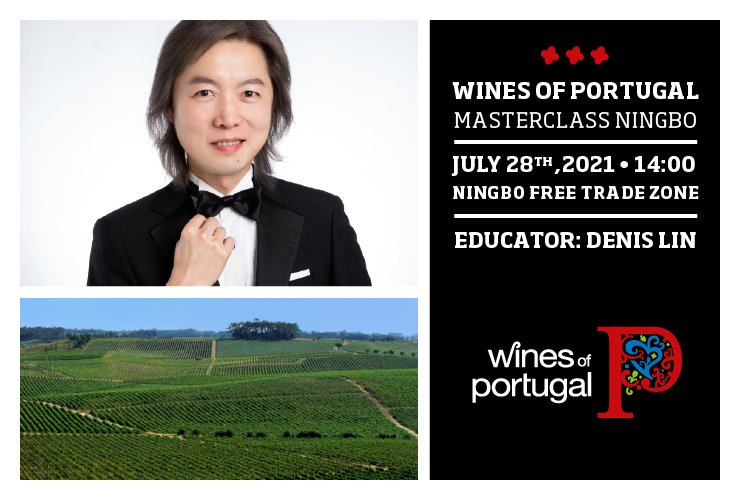 On the 28th of July, an in-person Masterclass on Wines of Portugal will be held for 40 Chinese professionals. 8 wines will be tasted during this seminar that will be led by Denis Lin in Ningbo City - an important sub-provincial city in the northeast of Zhejiang Province. It is the economic center of the northern Yangtze Delta.

In 2020, Ningbo's GDP was ranked 12th out of 300 cities in China. In addition, Ningbo is among the wealthiest cities in China, ranking 8th in terms of average annual disposable income in the year 2020.

The offline workshop will be launched in Ningbo Free Zone, which is one of 15 free zones authorized by the Government of China, and is the only free zone in Zhejiang province.